Stop, don’t leave!! This may not be the prettiest soup around, but this black bean and ham bone soup is one of the tastiest. 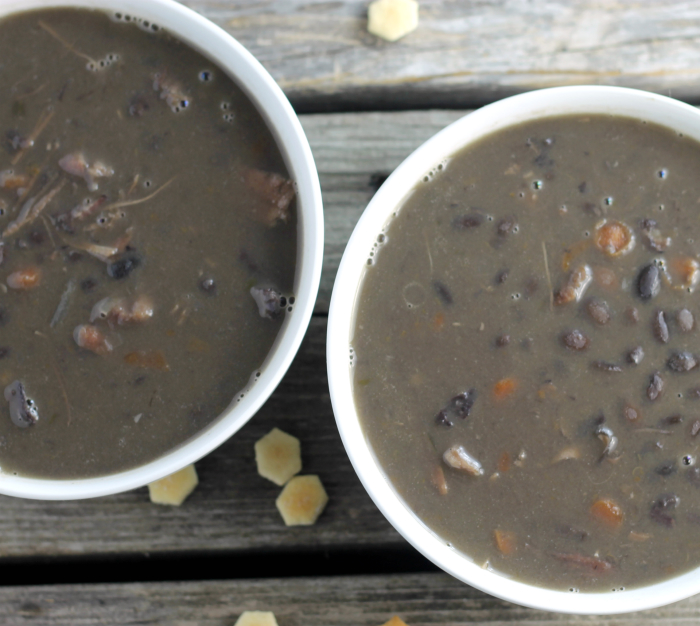 Mike does a lot of traveling for work. So that means he eats a lot. When Mike is on the road, we talk on the phone at night when we are both done with work and I have the dinner dishes washed and put away. One of the questions I always ask Mike… “what did you have for dinner”?

On one occasion he told me about a black bean and ham soup that he had. He told me that when the waitress brought him the soup that she mentioned that the soup did not look all that tasty, but not to let that fool him, that the soup was delicious. He loved the soup and encouraged me to make some.

The only trouble with that was, when I asked him what he thought was in the soup besides the black beans and ham, he wasn’t quite sure.  He did mention that there were peas placed on top of the soup, he thought for some color.

So, I made it my way. When he told me about the soup, he really had me when he mentioned the words black beans. I love black beans, but I have never thought of making them the focal point in a soup. I mean, I love adding black beans to soup, but there are always a lot of vegetables and other things that they are not the main part of the soup. 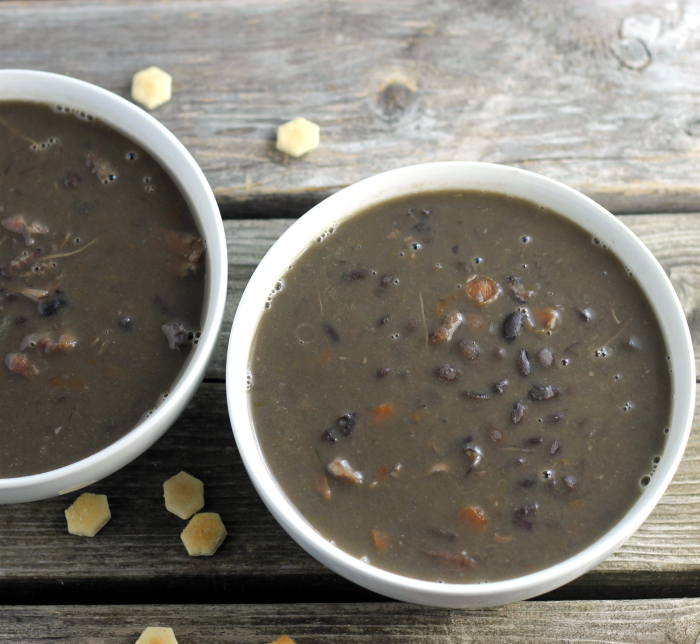 When Easter rolled around, we had dinner at my mom’s house. I was thrilled when she offered me the ham bone. I knew exactly what I was going to do with it. Black bean and ham bone soup… just what I was waiting for.

It is somewhat hard to describe this soup. But it has the smoky and saltiness from the ham and then there are the lovely black beans. I love it; I mean I really love this soup.

If you like black beans, you are going to love this black bean and ham bone soup. 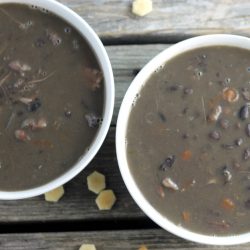 Prep time does not include the time to soak the beans 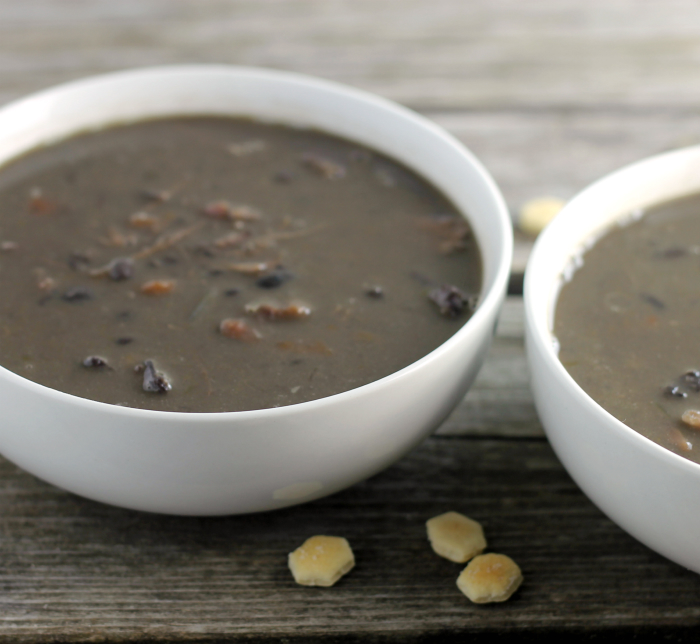