I love individual desserts! For example, these tangy lemon cream cheese filled phyllo cups, they are my new favorite. 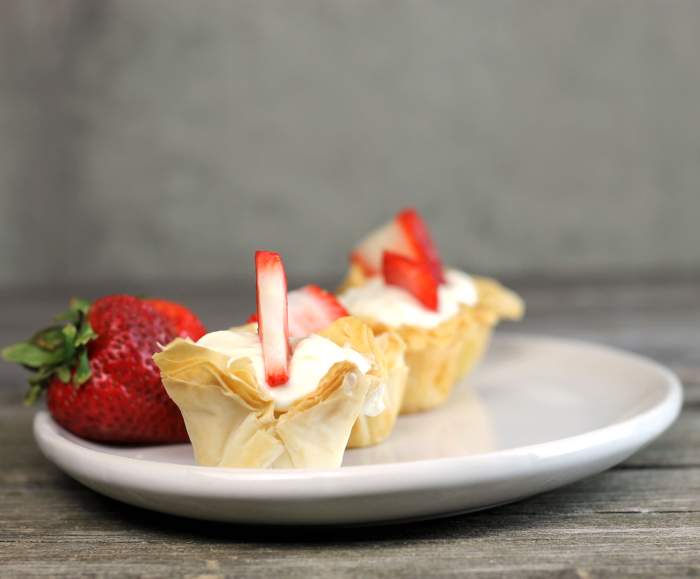 After my last post black bean and ham bone soup, I thought I would bring something that looked more appealing. So I am really excited about these tangy lemon cream cheese filled phyllo cups, not only are they beautiful to look at but they are yummy, too.

You are probably saying dah, mixing up phyllo dough for puff pastry. I know, I know. I won’t make that mistake again!! 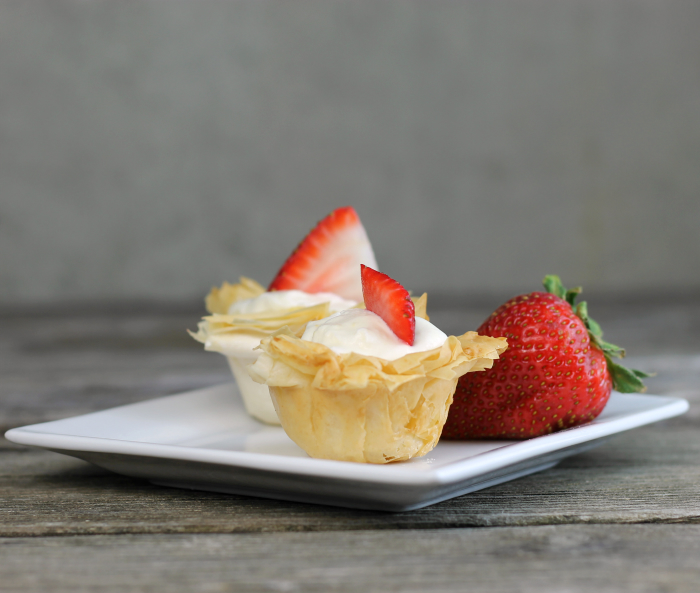 Since I had the phyllo dough, I thought I had to make something with it, right? The first thing I made was a disaster. I made a strudel that tasted delicious, but the filling was bursting out of it. At this point I had used half of the dough, I really considered throwing the rest of in the garbage. But I really hate to waste food, so I thought long and hard about what I should do with the second half.

Since I love individual desserts I thought about making dessert cups out of the phyllo dough and filling them with some kind of filling. Since I had lemons in the refrigerator that I wanted to use, I decided on the lemon for the filling.

The dough layers are brushed with butter and then sprinkled with a small amount of sugar. The creamy lemon cream cheese filling has a nice tang to it, so the slightly sweet crisp shells compliment the tangy lemon filling. The slice of strawberry is optional but goes really well with the lemon filling. 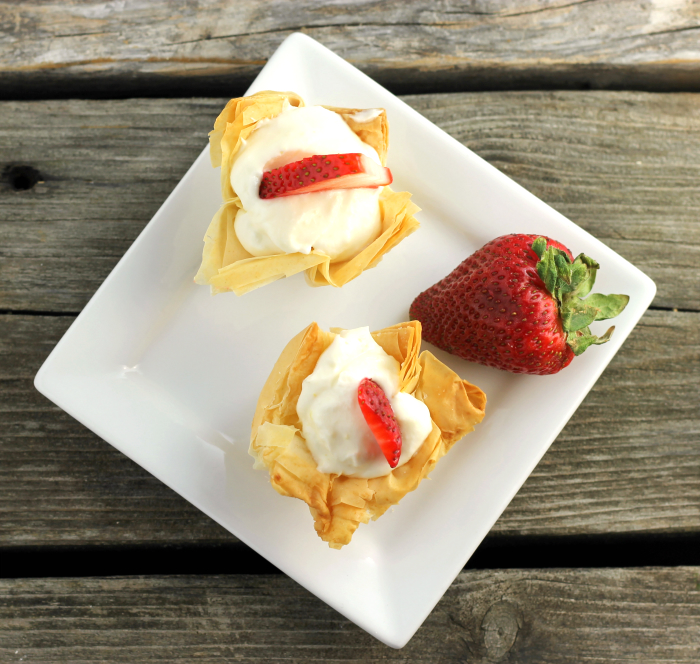 If you are looking for an easy dessert that everyone will love, you really should think about making these tangy lemon cream cheese filled phyllo cups. 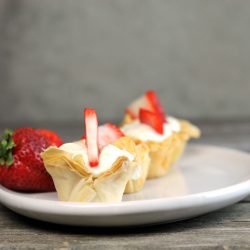 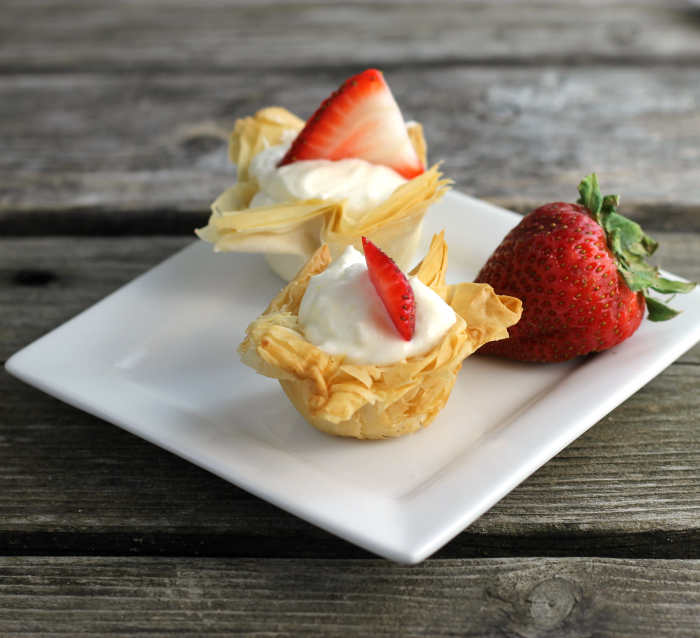