0 shares
You can’t go wrong with this granola, if you want a quick and easy snack. 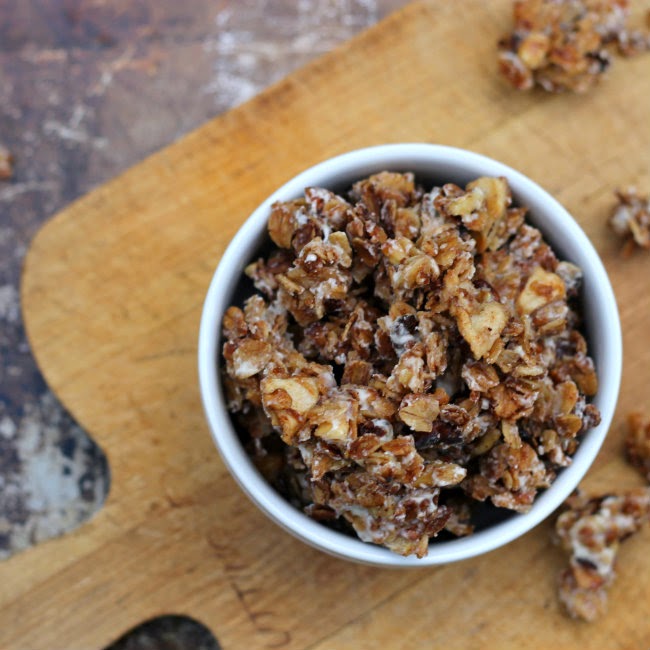 I had to switch what I originally had planned to post today, I had bought these beautiful blueberries and had made a yummy dessert… cream cheese, whipped cream, and caramelized blueberry. It was going to be kind of a last hurrah for summer fruit.

I made the dessert, took the pictures, we ate the dessert… it was yummy by the way, and then I looked at the pictures. Yikes, the pictures did not turn out. The coloring was awful… and I could go on and on, but I think you get the picture.
Well I will have to file that one for when blueberries are back in season next year.
So I had to come up with something simple to replace it with. It has been a busy week for me. I was canning most of this week in the evening, after working all day. But I now have enough salsa and spaghetti sauce for the winter. 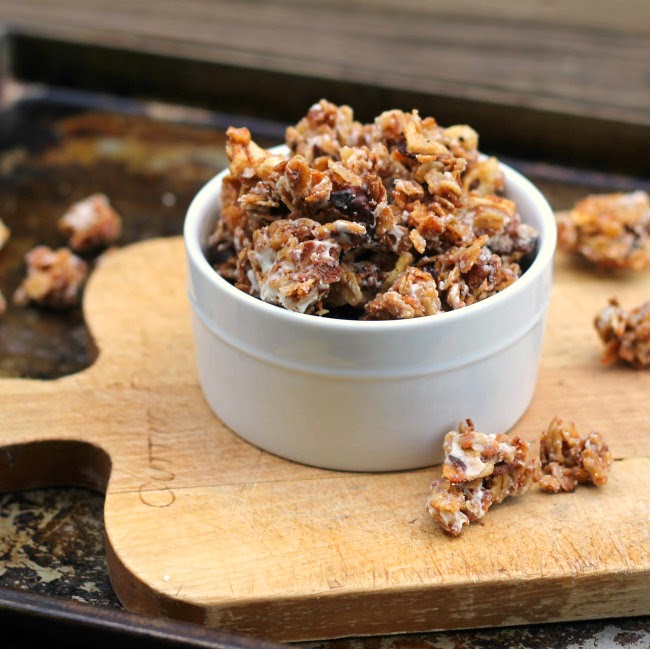 Granola is so simple and it takes no time at all to make, so this is what I chose.
I decided to go with a fall flavor, by adding some apple into the picture. White chocolate is always a good thing, don’t you think?
To say the least it is very addictive, you may want to eat the whole batch by yourself. I made a small batch, but you can double the recipe if you like. 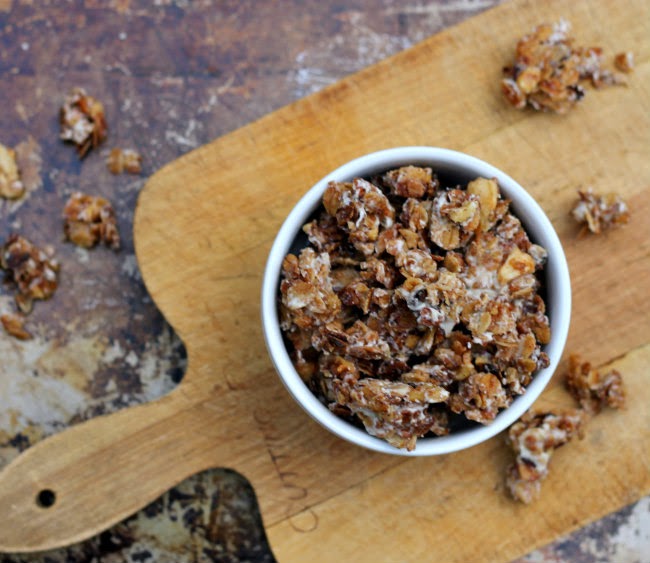 White Chocolate Apple Cinnamon Granola
Ingredients:
1 1/2 cup old fashion rolled oats
1 teaspoon cinnamon
2 tablespoons brown sugar
1/4 cup finely chopped walnuts
1/2 cup finely chopped apple
1/4 cup butter, melted
2 tablespoons honey
2/3 cup white chocolate
2 tablespoons heavy cream
Directions:
1. Preheat oven to 350 degrees F.
2. Combine the oats, cinnamon, brown sugar, chopped walnuts, and chopped apple into a medium bowl and mix until well combined.
3. To the oats combination add the melted butter and honey mix until well combined. Place the granola on to a baking dish that has been sprayed with a non-stick cooking spray.
4. Place in the oven for 15 minutes, stirring once in the middle of the baking time.
5. While the granola is baking, melt the white chocolate with the cream over low heat. Stirring constantly until the chocolate is melted. (Make sure that you don’t melt it over too high of heat, because the chocolate will become grainy and will not work for this recipe). Set aside until needed.
6. Remove granola from oven and cool for a few minutes. Pour the melted white chocolate over top of the granola. Fold the chocolate into the granola. Press into a small pan, I used an 8 by 8 baking dish.
7. Set in the refrigerator and let the white chocolate cool and harden.
8. Once the white chocolate is hardened, break the granola into pieces.
9. Store in an air tight container. 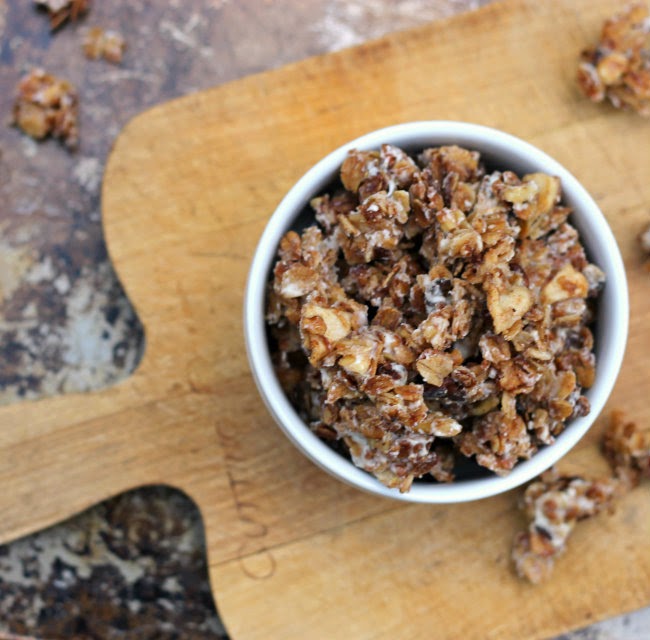