1 shares
A chocolate dessert to die for… 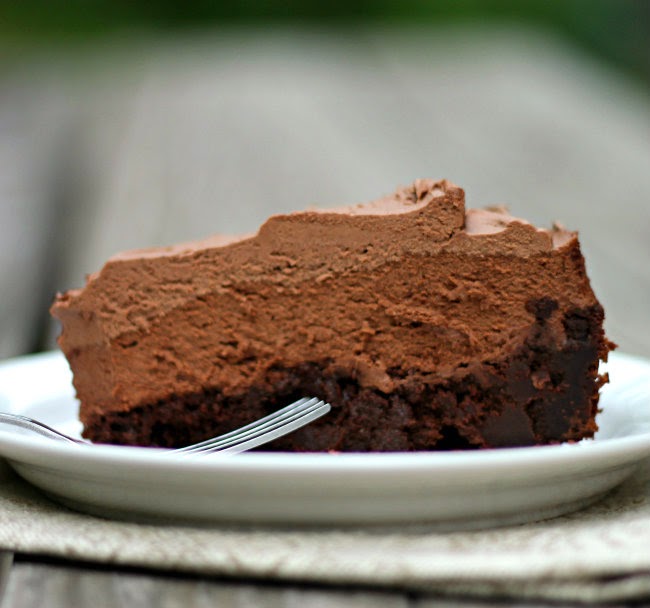 Chocolate is one of my all-time favorite things to eat. Well I have found someone that is just as in love with chocolate as I am. Our daughter’s boyfriend has to love chocolate as much as I do, if not more.

He had a birthday last week and of course every birthday needs to be celebrated. So we had a birthday dinner for him over the weekend. I knew for his cake… dessert it had to be chocolate.
This dessert not only features a flourless chocolate cake, but it also features chocolate mousse and a whipped chocolate ganache. Can’t get much more chocolatier than this. 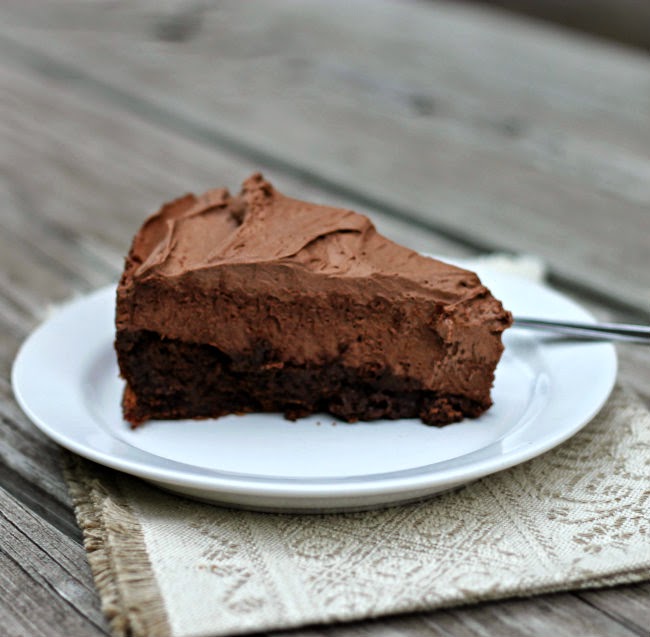 Triple Chocolate Mousse Cake (Sources:adapted from mrfood.com and verybestbaking.com)
Ingredients:
Flourless chocolate cake-
2 (8 ounce packages semisweet baking chocolate squares, chopped
1 cup butter
2 teaspoons vanilla
8 large eggs, separated
1 1/2 cup sugar
Directions:
1. Preheat oven to 350 degrees F. Lightly grease a 10-inch spring-form pan.
2. In a large saucepan over low heat, combine chocolate and butter. Cook and stir until melted. Remove from heat and stir in vanilla; cool slightly.
3. In a large bowl with an electric mixer on high speed, beat egg whites until stiff peaks form. In another large bowl, beat egg yolks and sugar at medium speed until thick and pale. Fold one-third of chocolate mixture into yolk mixture. Gently fold in one-third of egg whites. Fold in remaining chocolate mixture and egg whites. Pour batter into prepared pan.
4. Bake 30 minutes or until edges are set (center will not be set). Remove from oven and gently run a knife around the edge of pan to release cake. Cool to room temperature in pan on a wire rack.
5. Cover and chill for about 2 hours.
Chocolate mousse-
Ingredients:
2 cups semi-sweet chocolate chips
2 cups heavy whipping cream divided
2 teaspoons powdered sugar
1 teaspoon vanilla
Directions:
1. Combine the chocolate chips and 3/4 cup cream in a small sauce pan and heat over low temperature. Stirring constantly until chocolate chips are melted. Set aside and cool to room temperature.
2. Take the remaining cream, powder sugar, and vanilla and place in a chilled mixing bowl. Beat until soft peaks form. Fold whipped cream into the chocolate mixture.
3. Remove the flourless cake after it has been chilling for 2 hours, remove the ring from the spring-form pan and trim edges, so that the cake is level. Put the ring back on the spring-form pan and spread mousse over top of the cake.
4. Return to refrigerator to cool for another 2 hours or so.
Whipped chocolate ganache-
Ingredients:
1 cup heavy whipping cream
2 cups milk chocolate chip
Directions:
1 Bring cream to a simmer in a sauce pan.
2. Add chocolate chips and cover. Once the chocolate chips are melted beat with an electric mixer until fluffy.
3. Spread ganache over the chocolate mousse. Return to refrigerator to chill a bit more and serve. 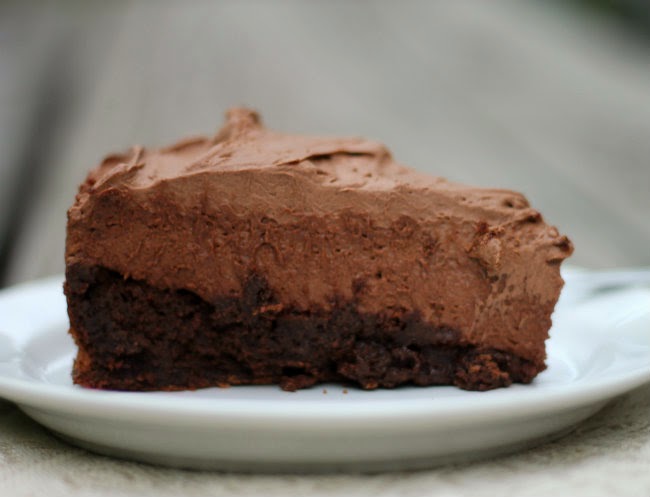