2 shares
Jump to Recipe Print Recipe
Split Pea Soup is super easy to make and is a hearty soup that is one of those great comfort foods. It’s a tasty way to use the ham bone after the holidays. 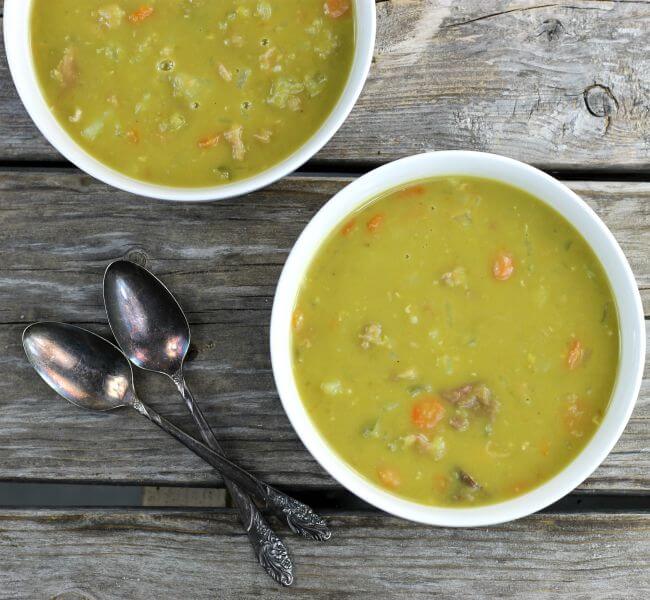 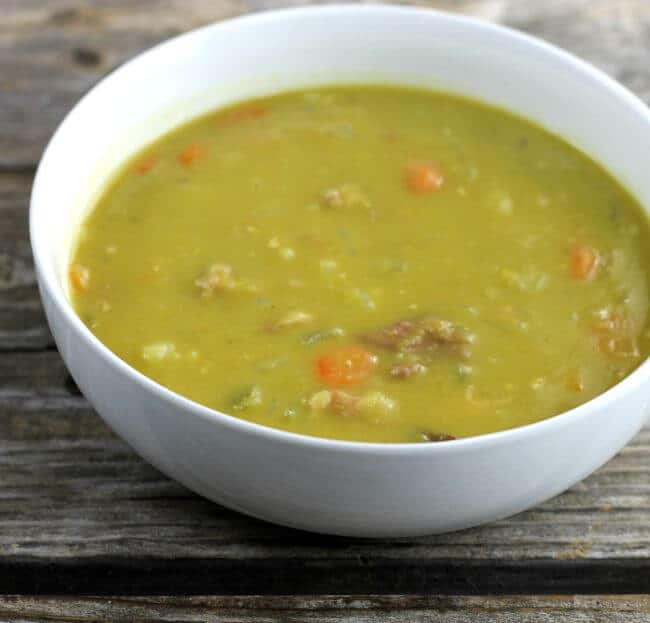 Besides chopping a few vegetables for this soup there is not a lot more you have to do, but just be patient. I like to simmer this soup until it gets quite thick, so make sure that you have plenty of time when making this soup. 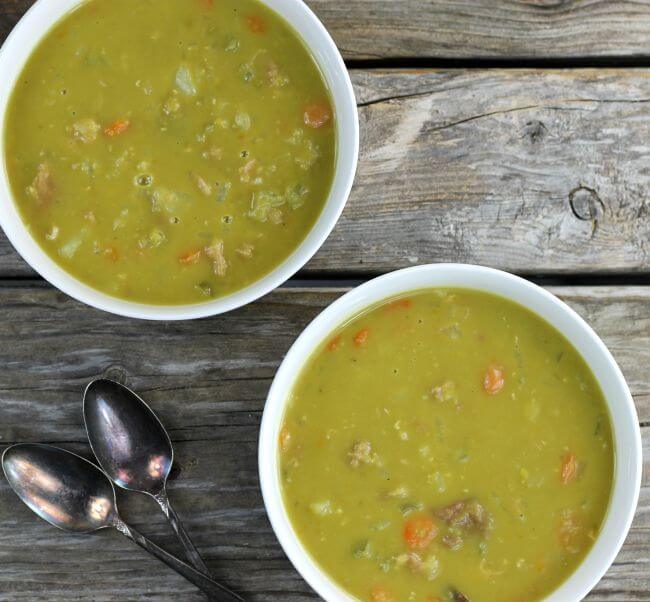 Steps on how to make Split Pea Soup:

Rinse split peas and remove any debris that may be in the split peas. 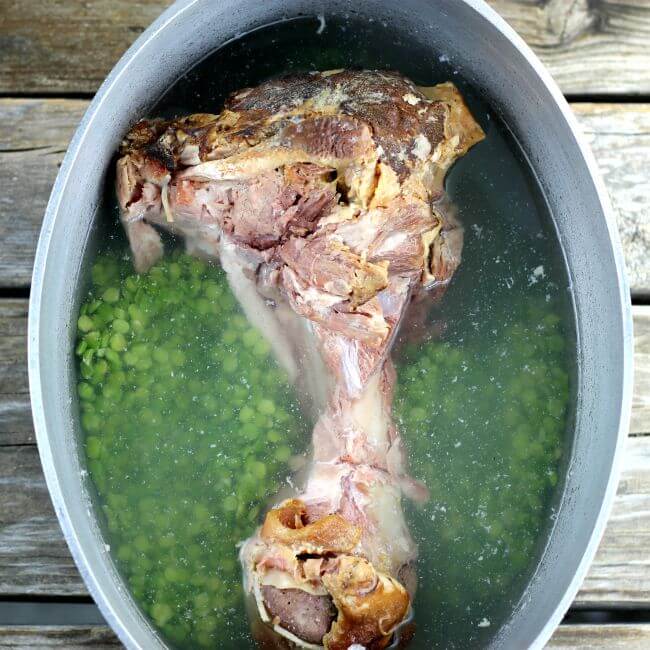 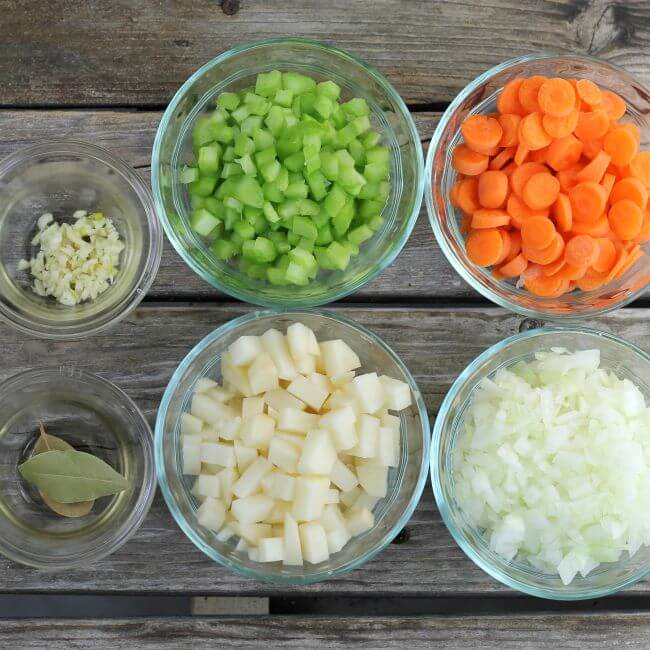 In a large Dutch oven or soup pot, add the ham bone, split peas, and water bring to a boil and reduce heat. Cover and cook for 1 hour to 1/2 hours.

Remove the ham bone and set aside to cool. Stir in the vegetables and bay leaves. Bring to a boil, reduce heat, and continue to cook for 1/2 hour to an hour. 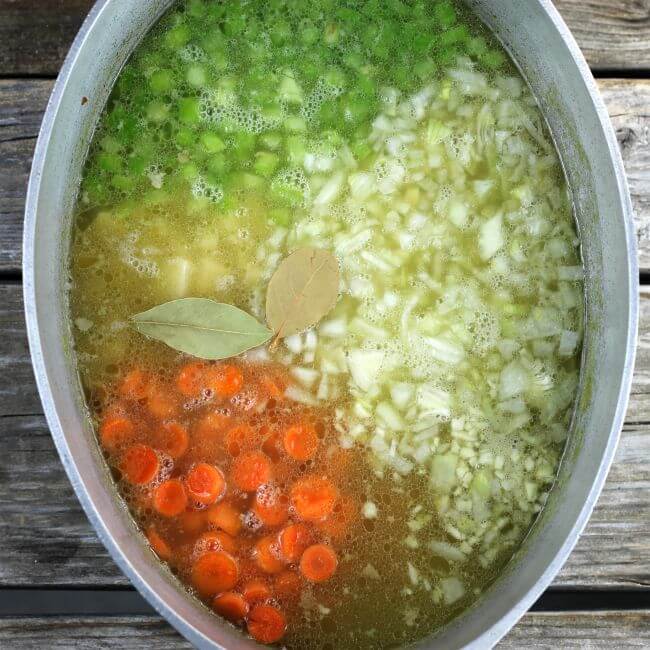 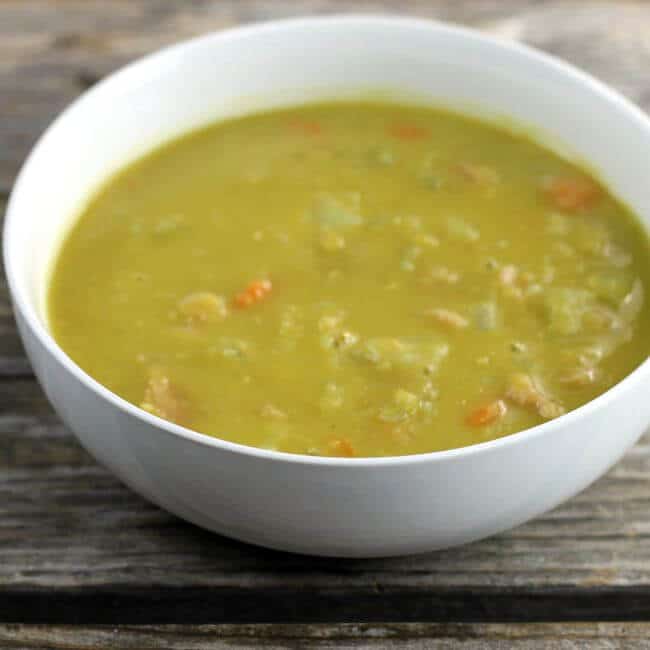 Remove the meat from the bone, cut into bite-size pieces and return to the soup. Season with salt and pepper to taste. Remove the bay leaves before serving.

Looking for more soup recipes? Check these recipes out: 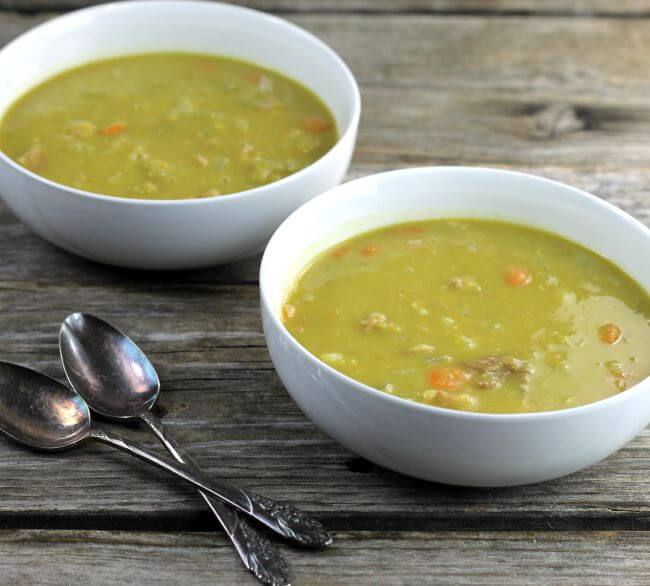 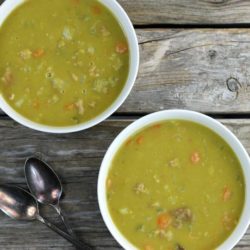 Split Pea Soup is super easy to make and is a hearty soup that is one of those great comfort foods.

This recipe was originally published on April 16, 2013. It has been updated with new content and pictures on January 13, 2020.