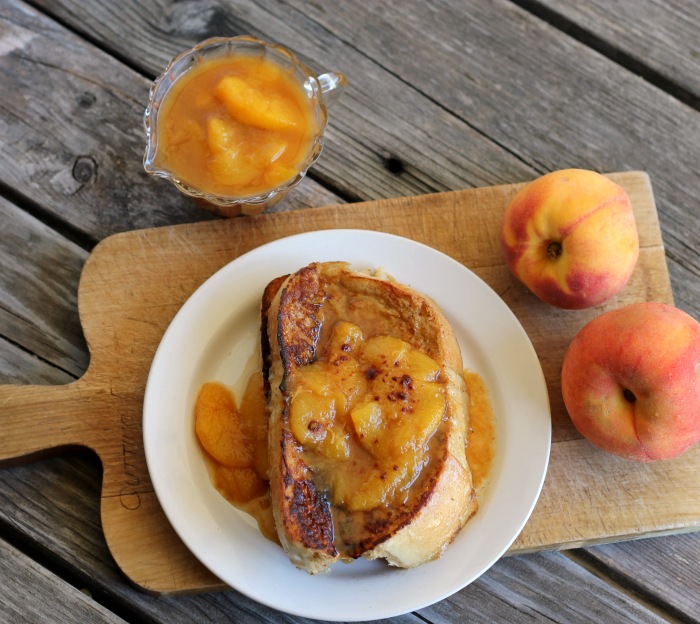 I was a camp counselor when I was in college. It seems like a different life time ago, but it was one of the best summers of my youth.

Week after week we would get new campers. One night each week we would camp out under the stars and cook over a wood fire. The counselors would choose the meals for the time that we were camping out. The breakfast that was picked most of the time, was a simple one; it was made of toast, canned peaches, and brown sugar. Thinking of the combination of ingredients now, it does not sound that fantastic, but it was so yummy. And as I mentioned it was the top picked breakfast of these camp outs. 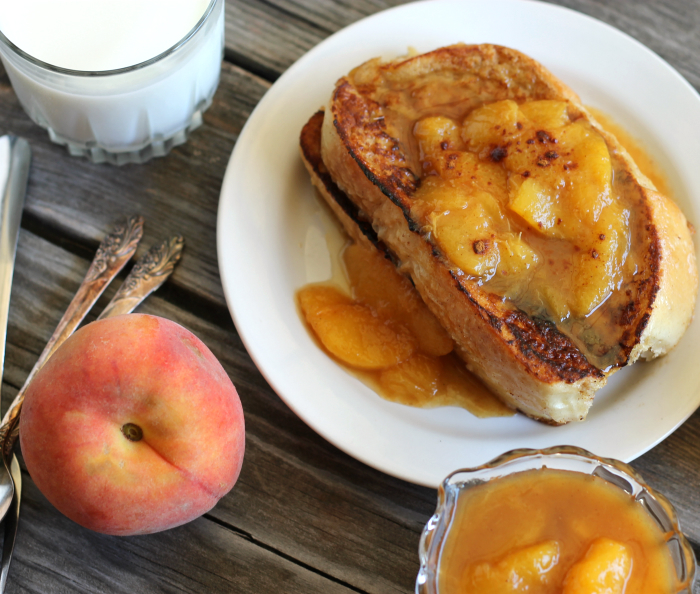 After all these years I can still remember enjoying that breakfast and of late I have wanting to recreate it. Instead of the toast I decided to substitute French toast and instead of the canned peaches I used fresh peaches. Sweet peaches topped over a French toast that is flavored with cinnamon and nutmeg can’t get much better than that.

I made this for a Sunday morning brunch and I fell in love with this breakfast all over again. Yum, so delicious! 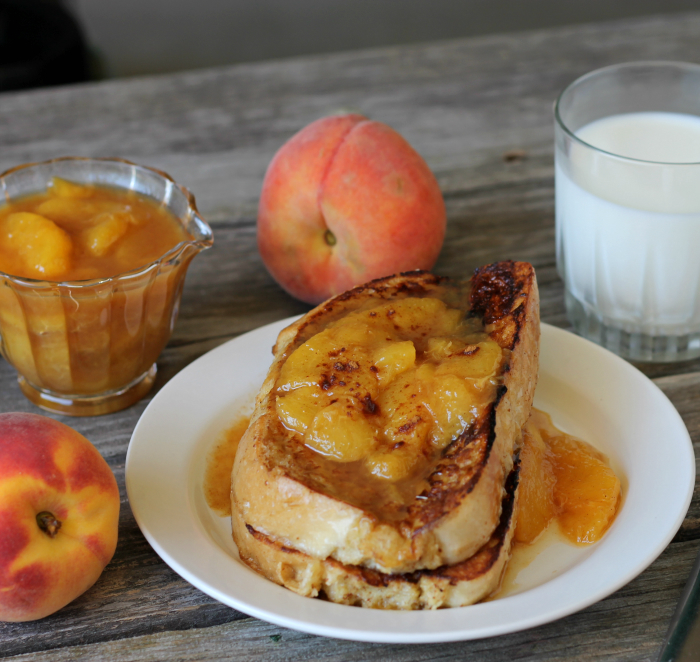 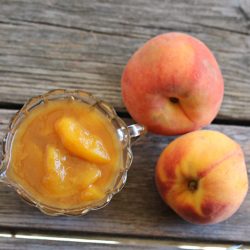 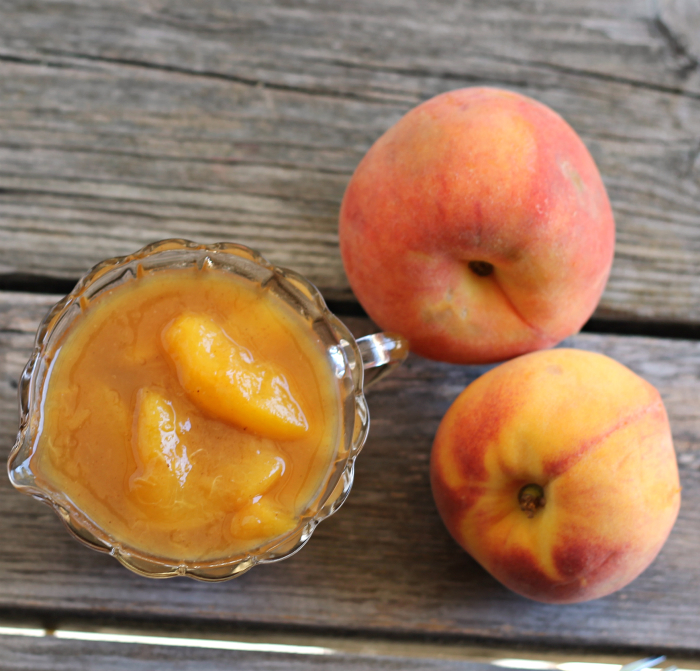