Southwestern Chicken Pie, chicken, red pepper, green pepper, corn, onion, and cheddar cheese are stuffed in a double crust pie and is baked until the crust is golden brown. 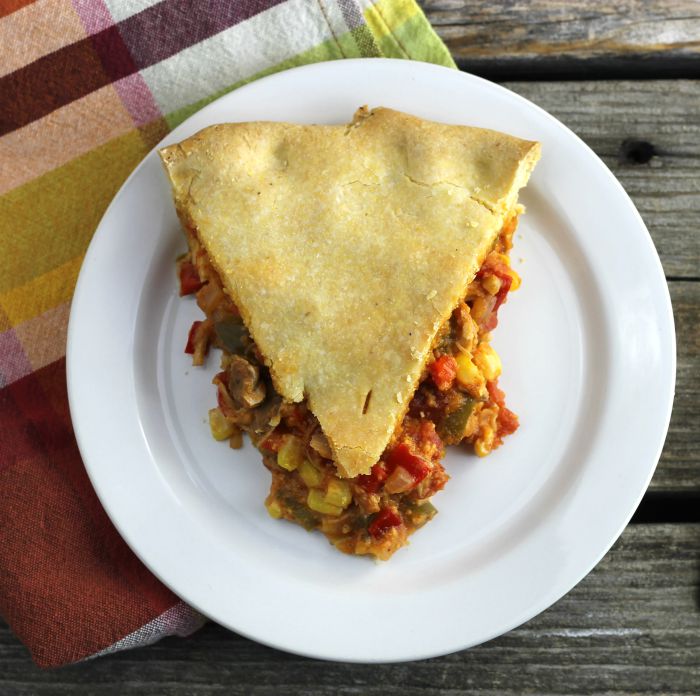 Southwestern chicken pie, is made with a pie crust that has a touch of cornmeal in it, which brings the whole pie together.

I have always been a fan of pot pies. I love the idea of chicken and with veggies all stuffed between a double crust pie. It is one of my all-time favorite comfort foods. 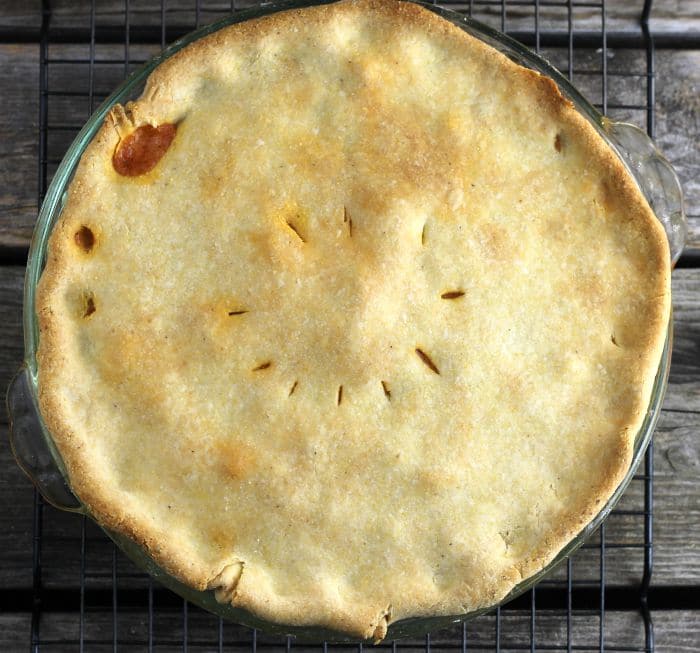 This Southern chicken pie is reminiscent of my beloved pot pies. Although the crust is not the flaky crust that you find on your everyday pot pies. This crust actually has some cornmeal as one of the ingredients. 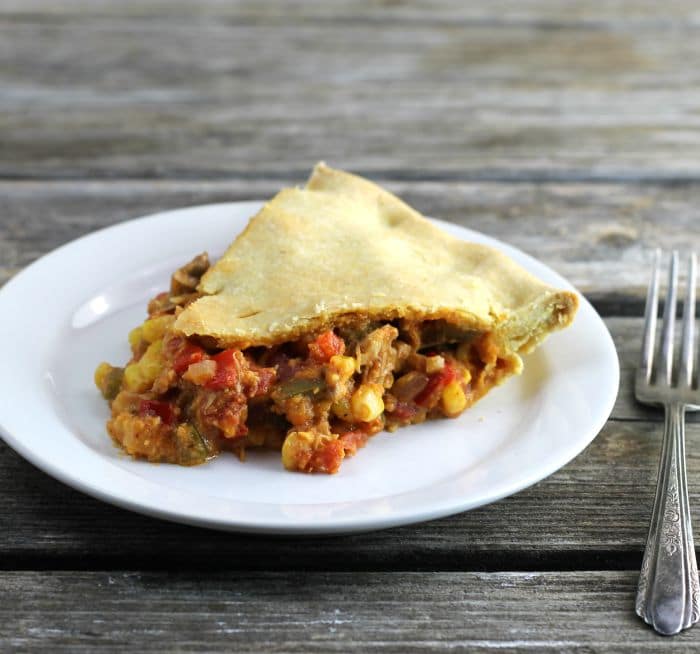 How to top off a slice of Southwestern chicken pie.

Here are some other chicken recipes you may want to try: 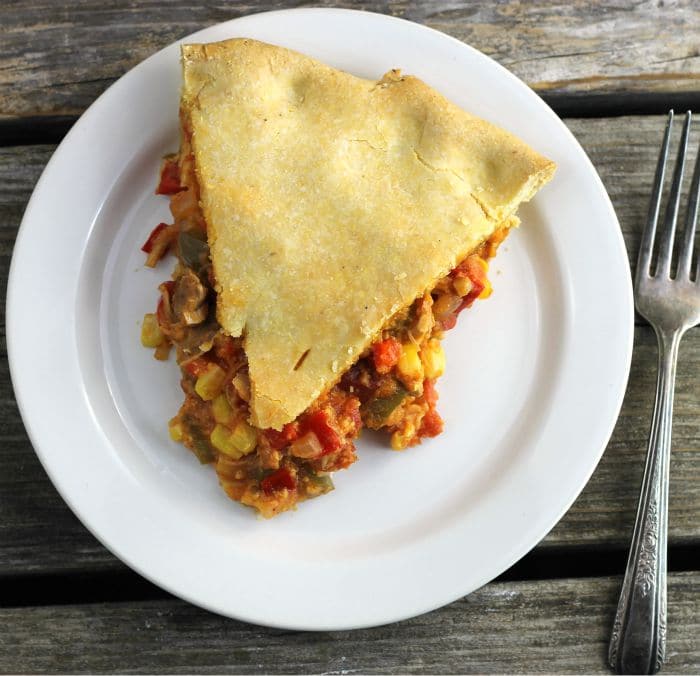 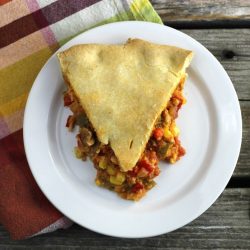