Rhubarb Bread is a super moist quick bread made with fresh chopped rhubarb. With the sugar and cinnamon topping, it’s like having a coffee cake rolled up into a quick bread. 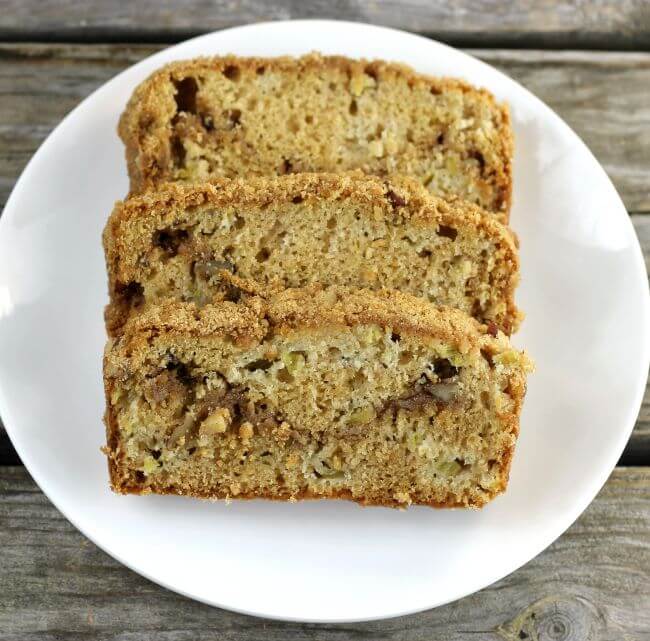 We have a beautiful rhubarb plant in our garden and every year I try to find something new to make with it. This is year is a quick bread.  I have made it several times now and we just can’seem to get enough of the stuff. 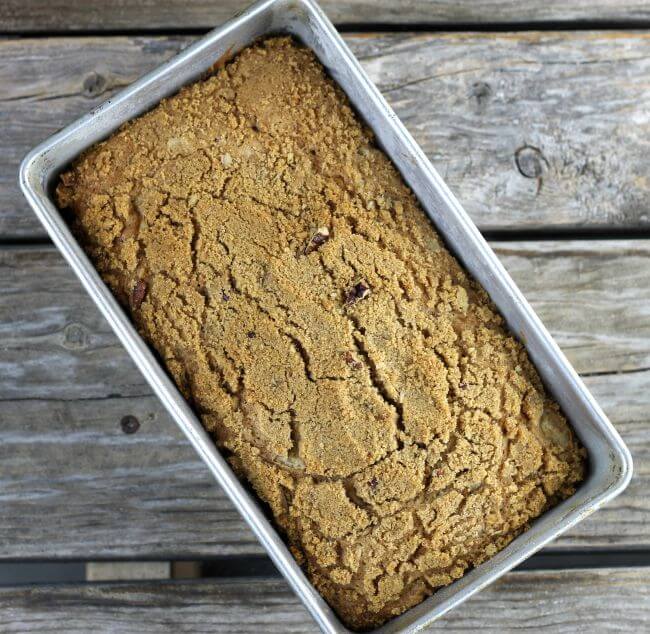 I love how the rhubarb makes the bread so moist. The topping gives a little bit more of a sweetness to the bread. This bread will be on my baking list when the rhubarb is back in season. 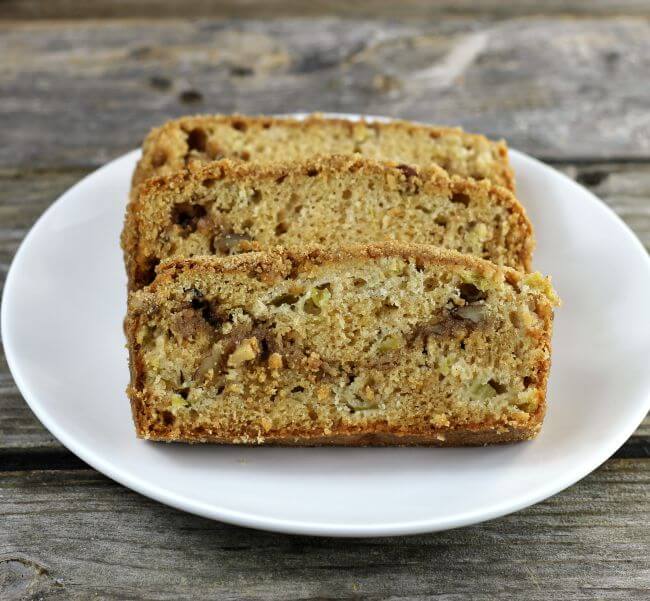 How to make a buttermilk substitute:

If you don’t have buttermilk you can make your own substitute. Simply add 1 tablespoon of white vinegar or lemon juice to a measuring cup and fill the cup up with milk. Let the milk sit for 5 minutes and you are set.

Preheat the oven to 325 degrees F. Prepare your bread pans by greasing them and lining them with parchment paper or greasing and flouring them. 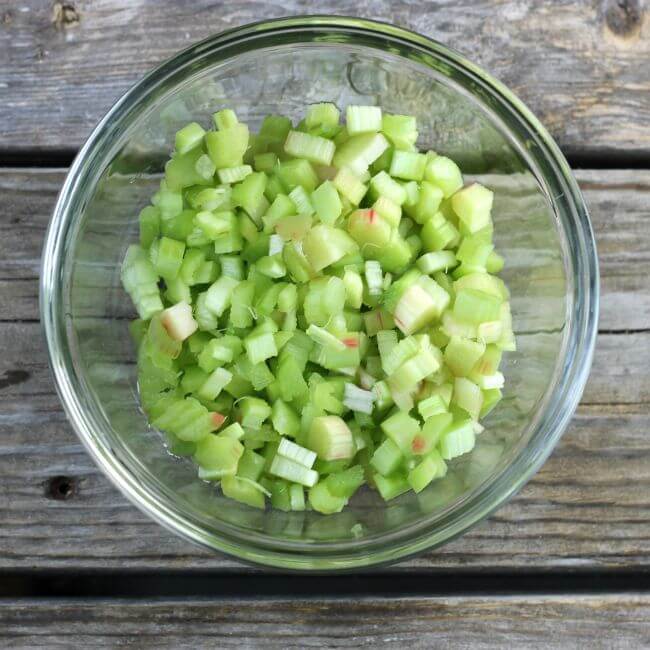 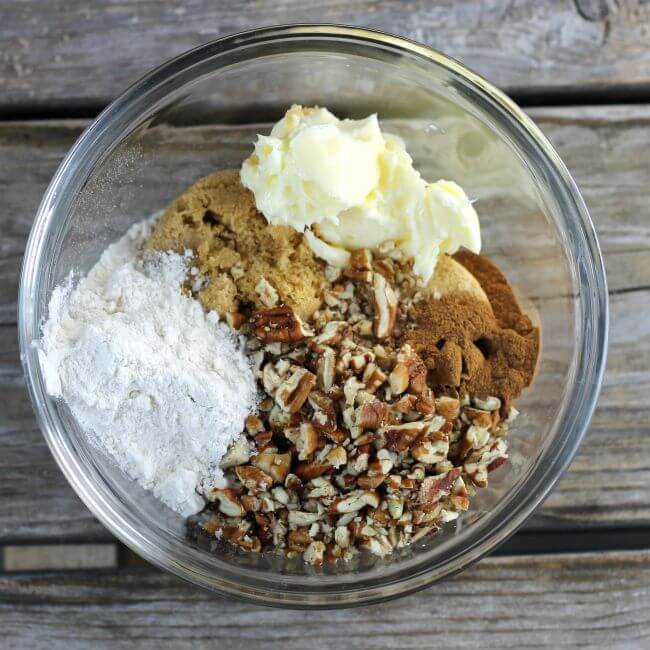 Prepare the rhubarb, clean, and slice it.

Make the topping for the bread. Mix the brown sugar, flour, nuts, and butter together by and set aside. 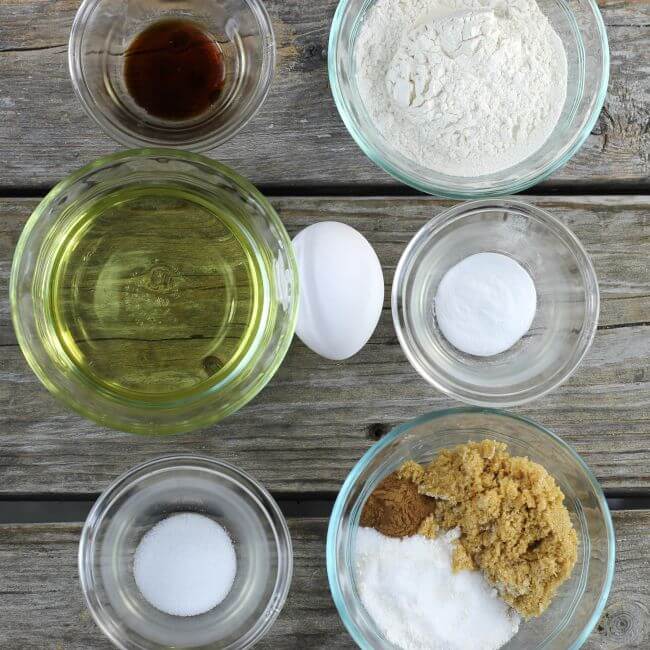 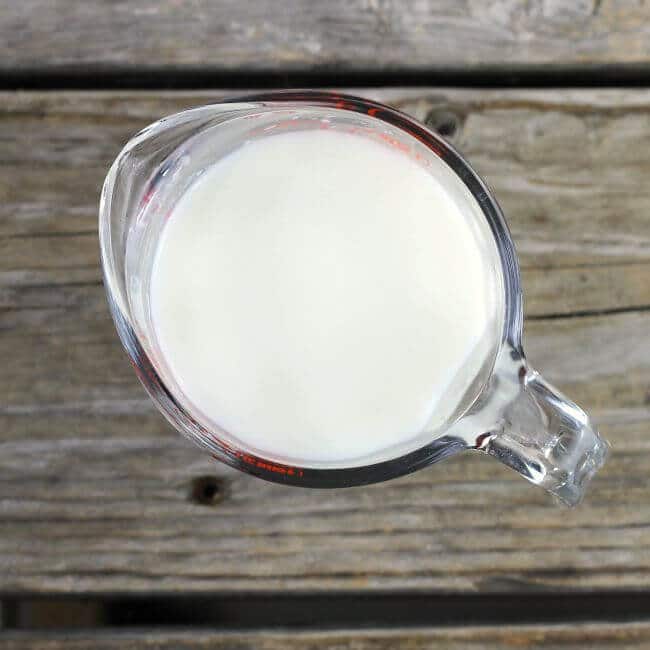 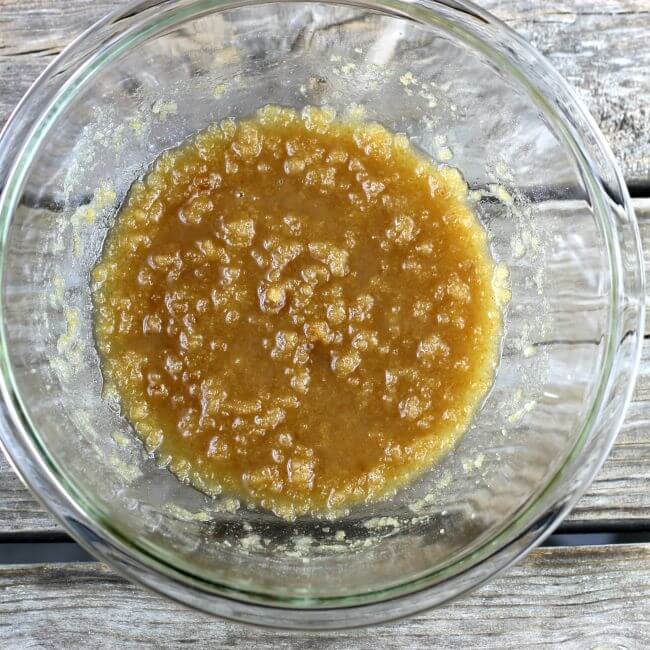 Sift together the flour, baking soda, salt, and cinnamon together.

In a large bowl mix the sugars and oil together. Add the egg and mix it in. Mix in the vanilla 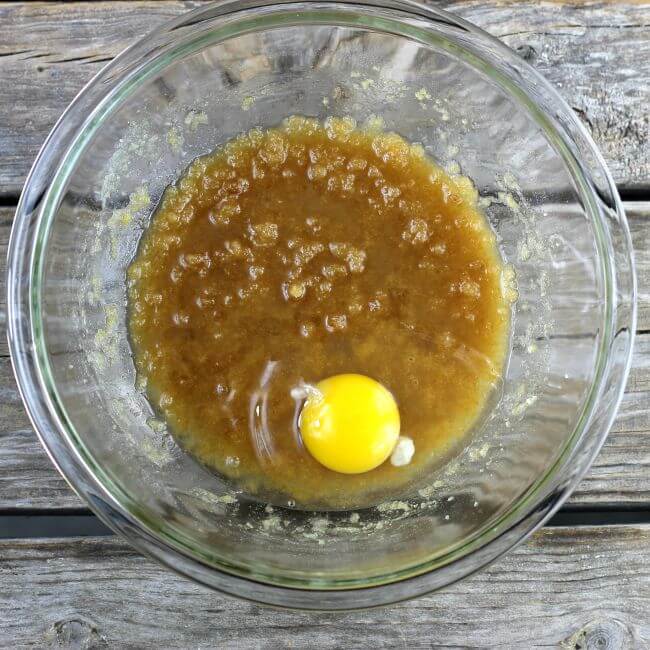 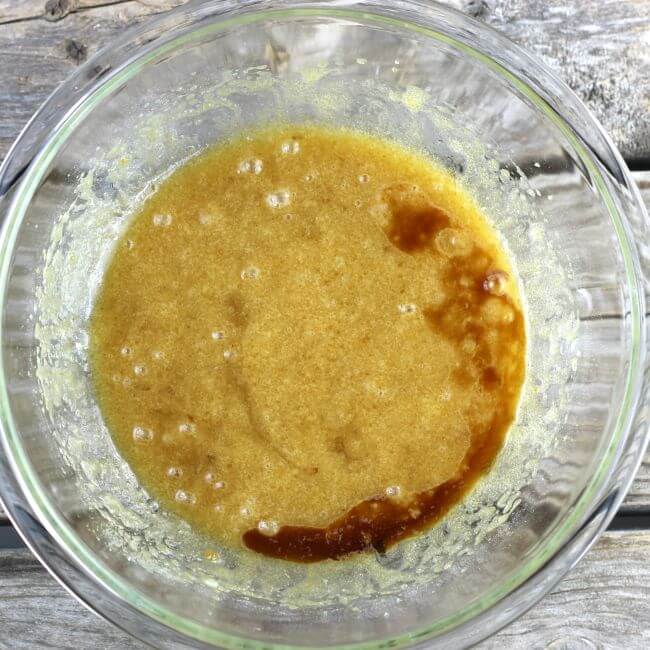 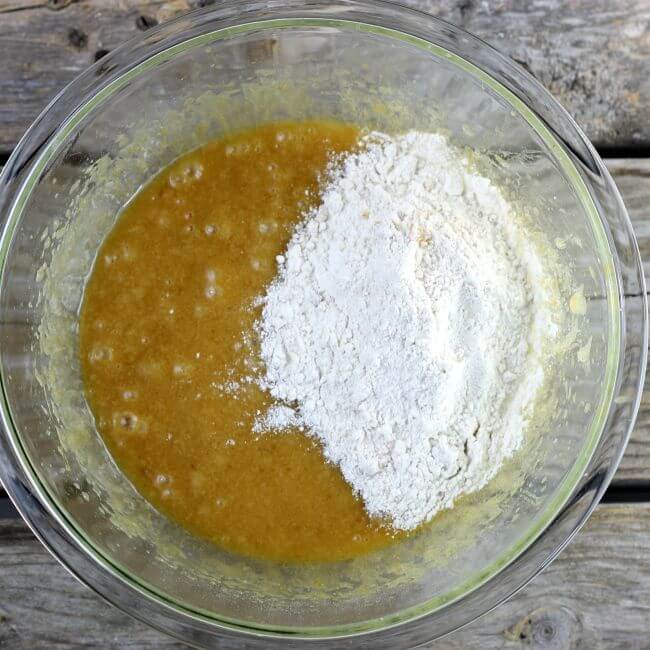 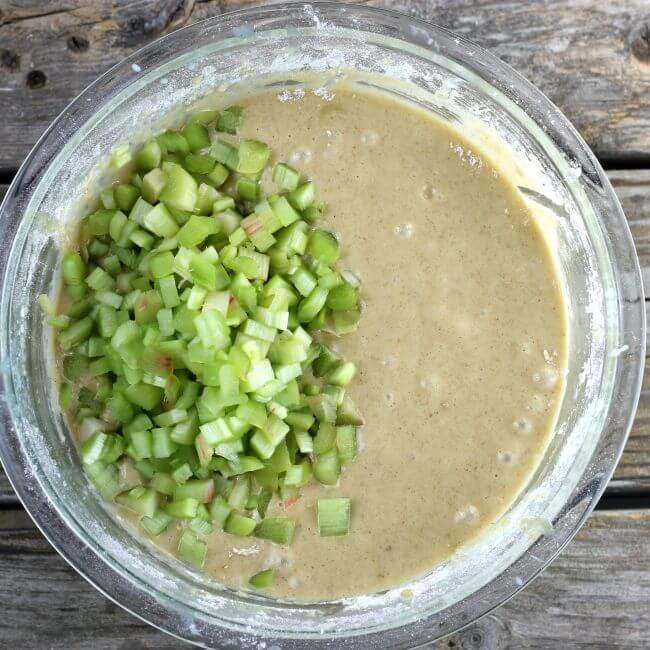 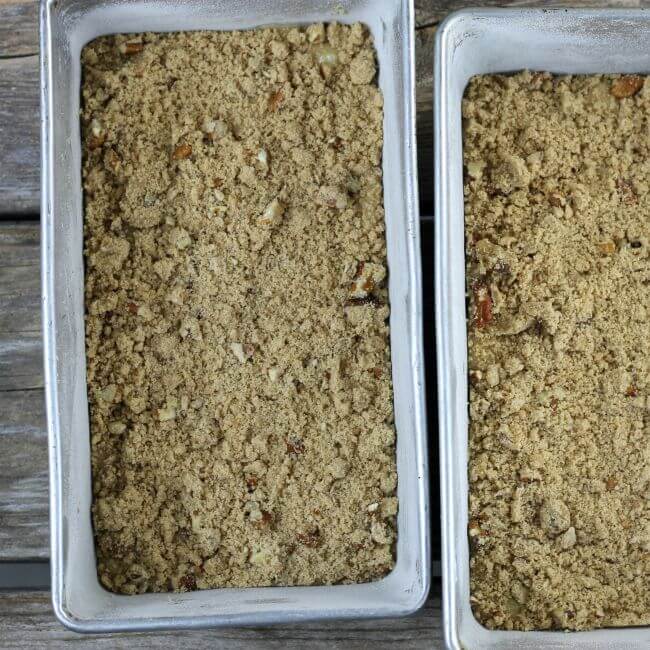 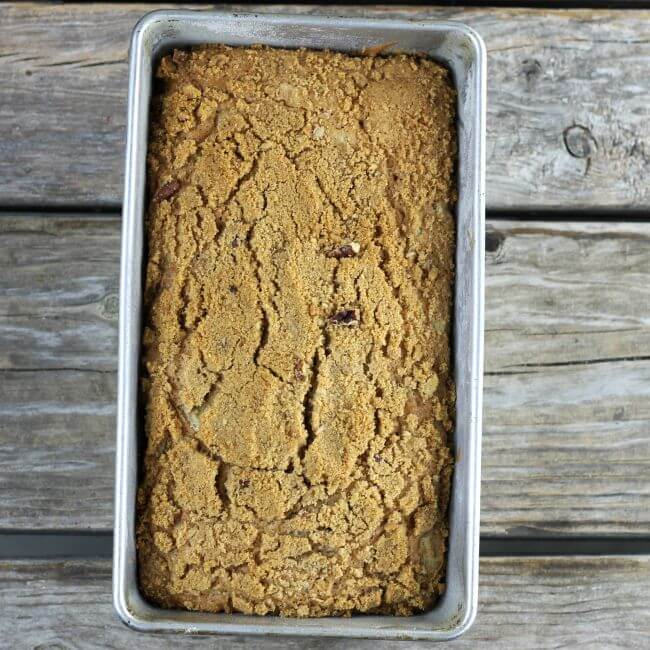 Place in the oven and bake for 55 to 60 minutes. Check with a wooden pick for doneness. When the pick comes out with a few moist crumbs the bread is done. Remove and cool on a cooling rack. 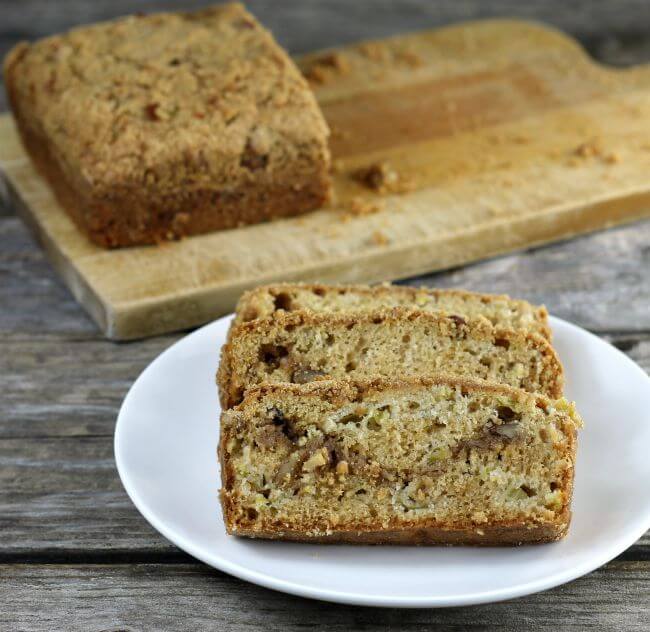 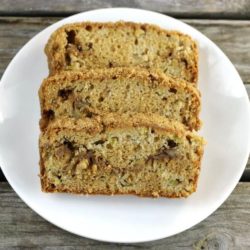