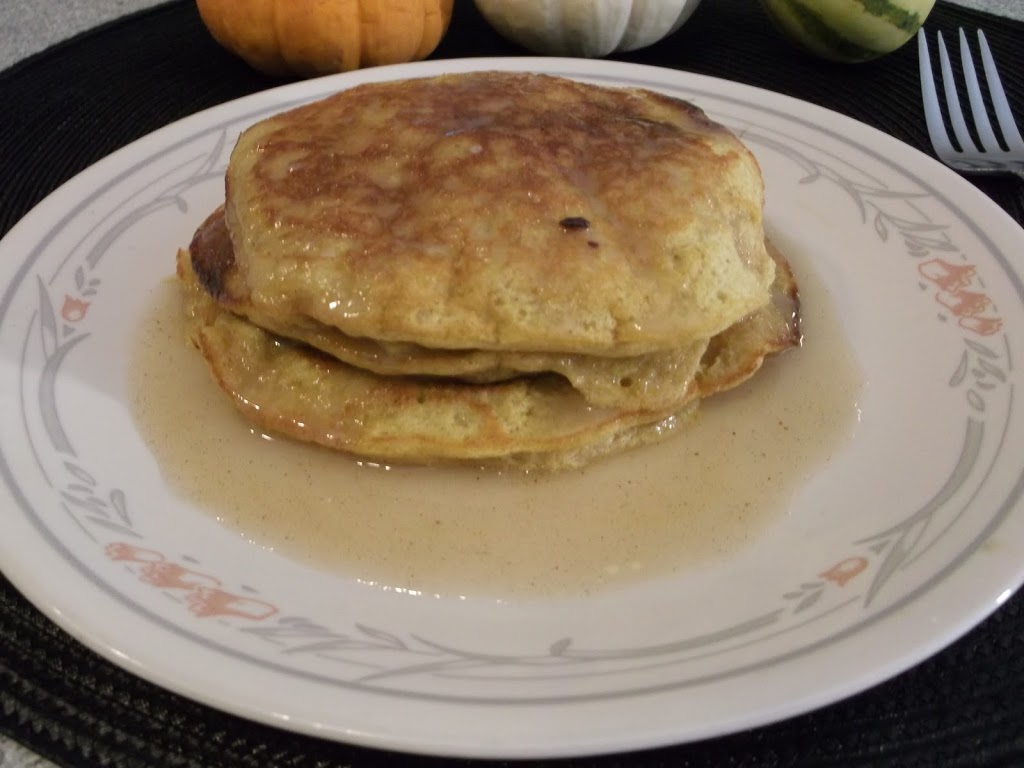 Back in August I posted a recipe for apple walnut pancakes. At that time the Blonde Duck from aduckinherpond.com posted a comment that asked me what was next – pumpkin pancakes. When I read her comment I thought pumpkin pancakes, now really is there even a thing like that. I had never eaten them and never even heard of such a thing.

I thought that some day that I would look for a recipe for these so called pumpkin pancakes. The thought of these always stayed in the back of mind. And now that it is the pumpkin season I became quite intrigued by the thought of pumpkin pancakes until I knew that I had to find the recipe and give them a try.

I have to say that they are one of the best pancakes I have ever eaten and anyone in my family that ate them agreed with me. The pumpkin and the cinnamon are a great combination in these pancakes which make them fantastic. Who knew pumpkin would taste so wonderful in a pancake.

I served the pumpkin pancakes with syrup that is called the absolute best pancake syrup which also has a little bit of cinnamon in it. (I am not sure where the recipe came from for the syrup). Yum, what a great combination this made. I am sure that I will be serving these pumpkin pancakes for a long time to come.

So thank you Blonde Duck for leaving me that comment and putting pumpkin pancakes in my head. I am so glad that I tried them! Also I would recommend visiting aduckinherpond.com, I am sure you will leave her blog with a smile on your face. 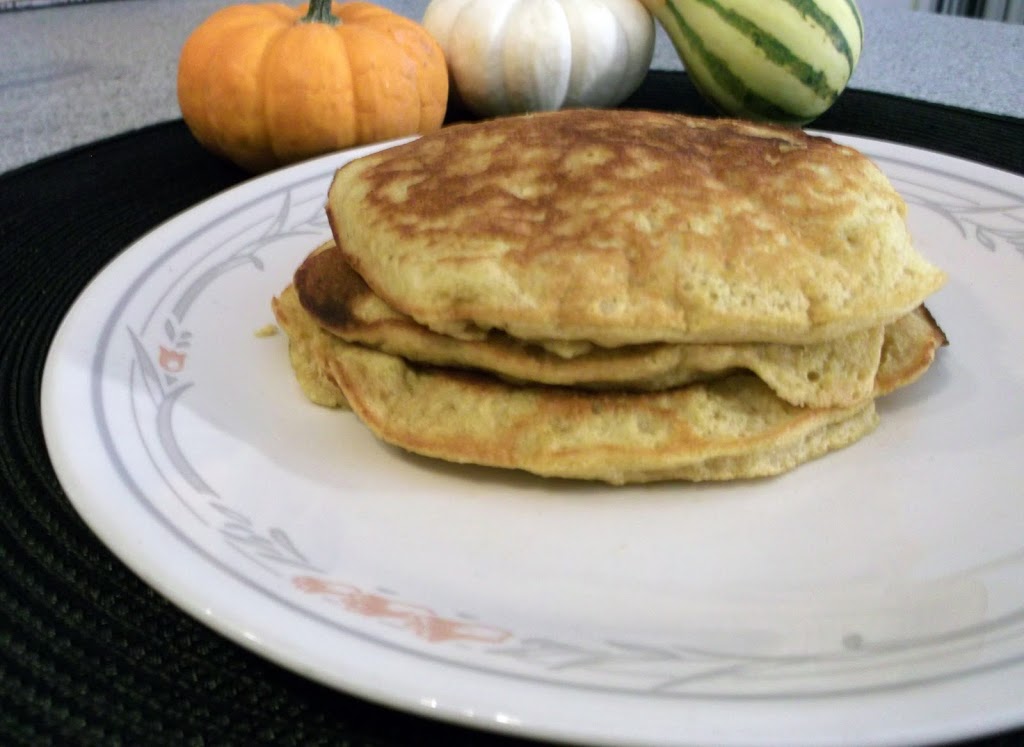 Directions:
Bring butter, sugar, buttermilk, vanilla extract, corn syrup, and cinnamon to a simmer in a large saucepan over medium-high heat. Once simmering, whisk in baking soda, and cook for 10 seconds before removing from heat. Serve warm. (Make sure you have a large enough saucepan, because the baking soda will cause the syrup to foam up). 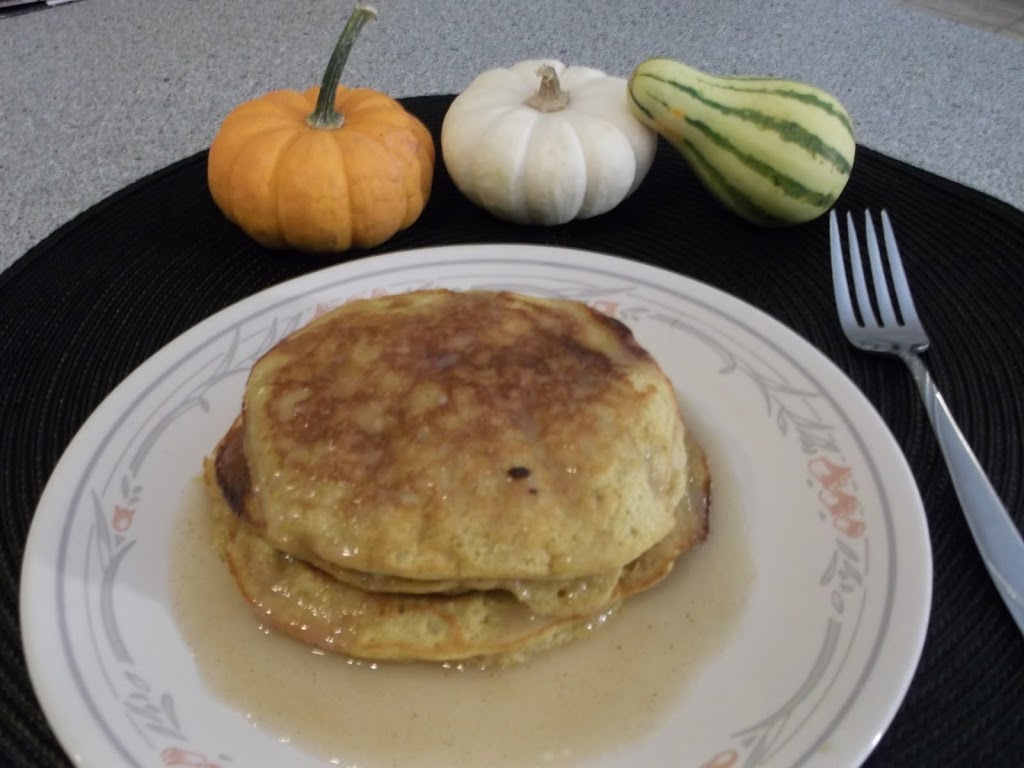 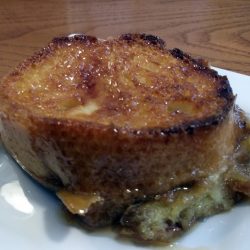