Coconut almond macaroons, I love the coconut and almond combination. 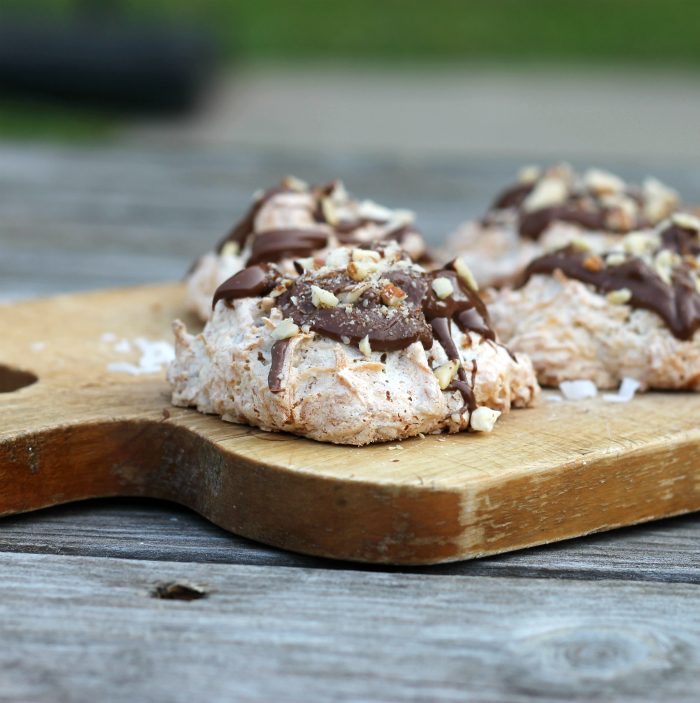 I love coconut! The sad thing is that I am the only one in the family that will eat it. When our kids were little and they would go trick or treating for Halloween; if they received any candy that had coconut in it they would always give it to me, because they would not eat it.  It was a good thing for me, I loved those Almond Joys and Mounds candy bars that they handed over to me.

Mike, you may say has turned over a new leaf. I have mentioned that he does a lot of traveling for his job, so that means a lot of eating out. He was at a little cafe where they had coconut macaroons for one of their desserts. For some odd reason he decided to order one and he decided that they were quite yummy. 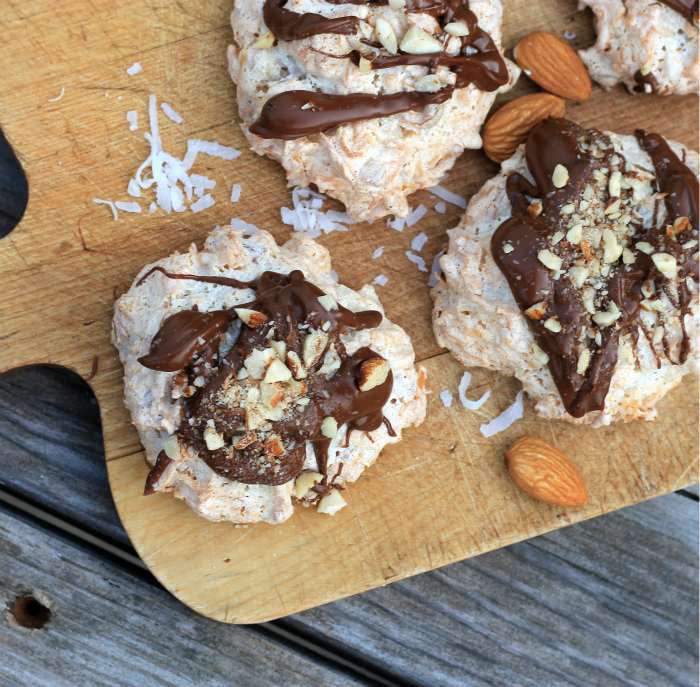 Yeah, when he told me about the macaroons that he had eaten and liked it, I was in total shock. He came home and asked me to try and make them at home. Believe me I did not mind it at all… happy face!

The first time I made them they were good, but they did not have enough coconut in them. I made them again increasing the coconut and they were just about perfect.  I added almond and chocolate and yeah… happy face. 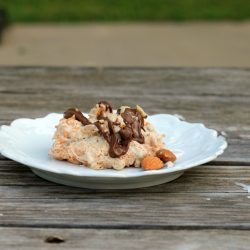