Cinnamon raisin oatmeal buns a simple hearty bread that is perfect for breakfast or any time of the day you like. 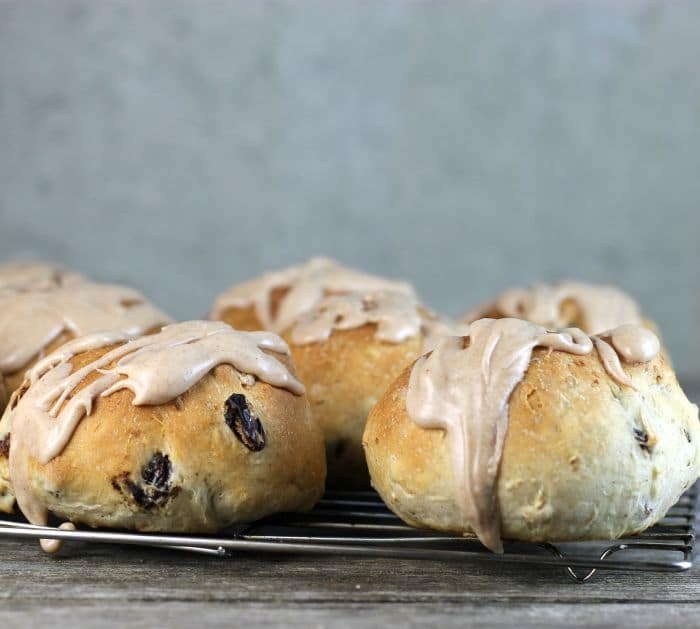 Cinnamon raisin oatmeal buns are loaded with cinnamon and raisins and topped with a cinnamon icing. I love eating them for breakfast or for a snack during the day, oh what the heck they are perfect for any time of the day.

I mentioned in one of my last posts that my father-in-law was here for a visit. You know that he ate cinnamon raisin bread for lunch almost every day that he was here.

Yeah, he made a sandwich with the bread using hard salami or summer sausage. Mike and the kids thought the combination was a little weird. But, not me. I think it maybe a little unique but I am sure that it was quite tasty. 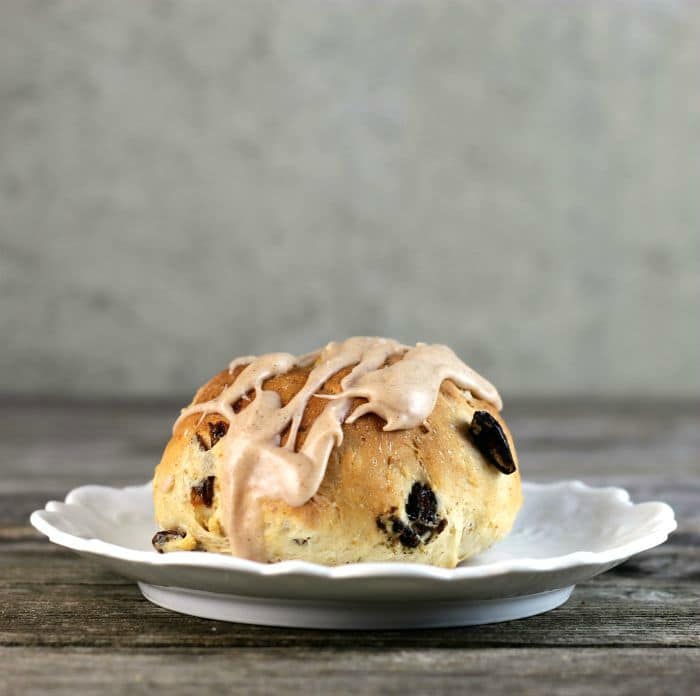 This got my wheel turning. I love making bread from scratch. Really, take a look around on my blog you will see all kinds of bread recipes. In my book, there aren’t too many things that are tastier than homemade bread.

So as I said that the wheels started turning. Instead of making one or two loaves of bread, I decided to go with buns. They are easier to freeze and yes these buns can be frozen. You can take them out of the freezer and microwave them for 20 seconds or so.

The oatmeal makes the buns hearty. They would be perfect for a sandwich or cut them in half and toast them under the broiler and top them off with butter. There are so many options. 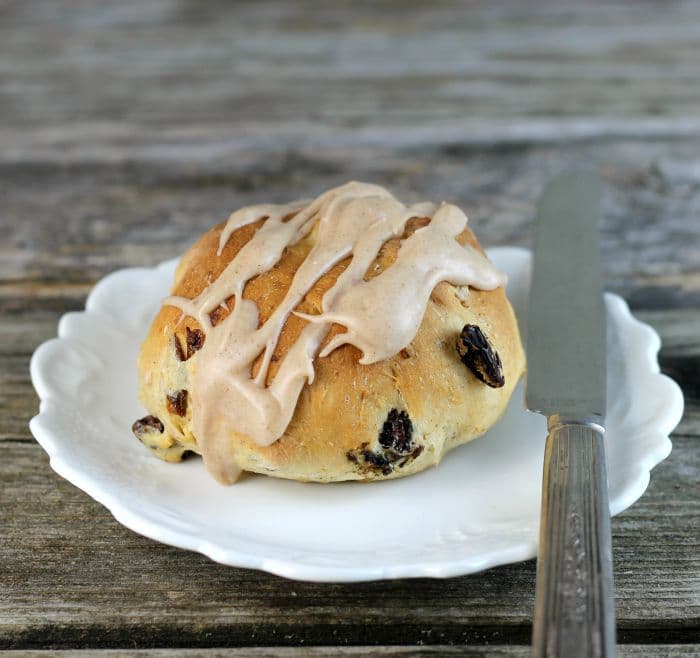 The raisins and cinnamon are added to the bread at the beginning of the process of making the bread, this makes is simple to mix in.

I added a cinnamon powdered sugar icing to my cinnamon raisin oatmeal buns, but if you prefer to omit this step it is fine.

If you are looking for other bread recipes take a look at these recipes: 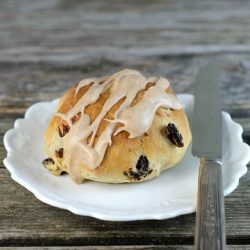 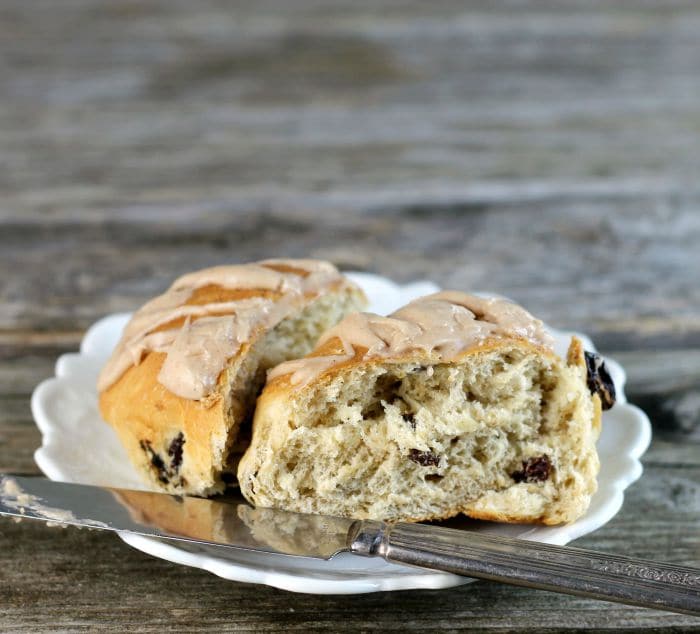